Debbie Millin on Building a Unicorn: The Road Less Traveled 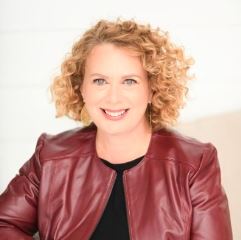 Do you believe in unicorns? In business a unicorn is defined as a company with a valuation over $1 billion. Entrepreneur and HBS alumna Debbie Millin (AMP 202) believes in unicorns and believes in herself - making decisions throughout her career that were not considered the 'norm' but brought great success for her and the companies she led.  Through a unique combination of technology and humanity, she grew Globalization Partners/G-P from 3 people to 1,000 employees globally, annual revenues from $17 million to $1 billion, and a valuation in January of $4.2 billion. That's a unicorn 4 times over.

Join us as we discuss with Debbie how staying true to herself has brought her success throughout her career, including leading two separate companies to be the #1 fastest growing private company in Massachusetts, and scaling G-P to unicorn status.